Get the most from your multifamily property.

Get peace of mind concerning your investment.

Get an experienced and proven manager. 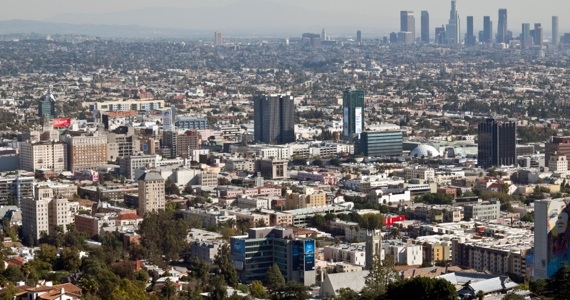 Nestled along the banks of the Pacific Ocean, Los Angeles is the second-largest city in the United States. The city is well-known for its association with Hollywood and the film industry, its majestic beaches, and its ethnically-diverse cityscape. Los Angeles is divided into more than 80 distinct neighborhoods, each with its own unique atmosphere and appeal. Countless landmarks also dot the city, including the Griffith Observatory and the Capitol Records building.

Los Angeles was once home to Native American tribes, before the arrival of the first pioneers. The region was claimed for the Spanish Empire in 1542, and the first mission was established in the 18th century. The arrival of the railroad in the latter portion of the 18th century, combined with the discovery of oil, led to a population boom. The city's growth continued to skyrocket as Los Angeles became a major player in the film industry, and local manufacturing facilities provided ships and planes during World War II.

Today, Los Angeles holds the distinction of being one of the most diverse communities in the United States. The unique fabric of the city has made Los Angeles a popular destination for residents from across the globe. The city also features a bustling local economy, with international trade, entertainment, and technology dominating the landscape. Although oil is less prevalent than it once was, petroleum remains a powerful segment within L.A.'s economy.

From the modern condominiums of Century City to the luxurious seaside homes in the Pacific Palisades, Los Angeles encompasses a wide assortment of residential housing options. If you are a property owner in L.A., partner with Alliance Property Management to keep your rental property properly maintained. Our talented team possesses an intimate knowledge of Los Angeles, and will help you address the various needs of your business.

Get a Management Proposal